February 25, 2011
… well, that's according to his Twitter bio, anyway. Ebunola Adenipekun talked to the 26-year-old portrait artist who’s managed to merge his (and many others') two loves: music and art


How much art do you do in a day? Today, for example. Are you an night owl, early lark… or both?
I try and keep normal-ish working hours – generally I go into my studio about 9am to 6pm on weekdays and have weekends off. I do this so that I’m in line with other people and it’s easier to make social arrangements. I spend a long time on my own in my studio so I need to interact with people in the evenings to stay sane! Sometimes, when I want to accelerate progress I’ll do long stints and stay late (and become less sane), I very rarely do anything before 9am though.


There’s always been that cliché of artists starving for their craft. Have you always worked as an artist and/or had other jobs in addition?
I have had to work various bar jobs and things, but not long after graduating I started to work full time as an artist. I was quite lucky and managed to get commissions that have supported me, and also allowed me to work on projects for myself. 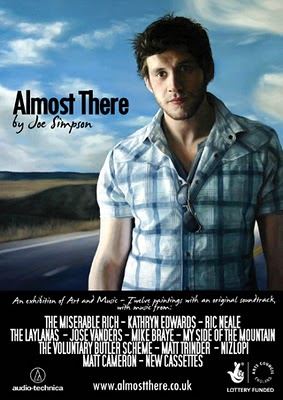 How have you funded your exhibitions?

My first exhibition ‘Almost There’ was funded by the Arts Council and received corporate sponsorship from Audio Technica. It was a real learning curve to secure both of these elements, it took a few attempts for my application to be successful and something that I had to figure out how to do by trying.

I was keen for the show to be in a non-commercial gallery, be on for a long time and seen by a large number of people – the funding made this possible. This all happened in 2008, I’m not sure with today’s budget cuts that I would have got it – so I consider myself lucky.

What are your favourite mediums to work with? I suppose that can include the computer – if need be!
I work pretty much exclusively with oil paints on canvas at the moment, I used to paint with acrylics but once I tried oils I didn’t turn back. I also like to draw and sketch with pencils, but that’s more a process than a finished product.

You went to Leeds University and got a ‘first’ in Fine Arts – “Well bloomin’ done!” – what feedback did you get from your tutors that you found particularly useful in contributing to that grade and what advice would you give to someone who wants the same grade?
My tutors were actually very supportive and didn’t discourage me from what is quite a traditional way of painting. I know other friends on other art courses that were pushed into more conceptual-based work. They were also quite candid about the reality of what it takes to make a living as an artist, that you had to be prepared to self-promote, put your work into the public realm as much as possible and not be afraid to do commercial work, especially if it funds your own personal artistic practice. 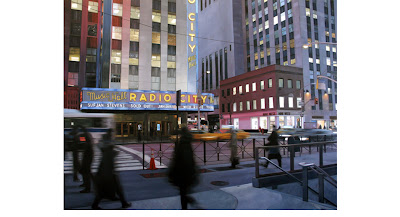 In terms of how to get a good grade, I think putting the time and effort in was a major factor. With art it seems that you get more accomplished through practice and experimentation – I believe my coursework and attendance reflected a lot of effort and enthusiasm that helped me achieve a First.

My experience of studying art at university was that you got as much out as you put in. It was an extremely self-motivated course. It’s also a good time to start entering art competitions, work with other students and define your own voice as an artist. I’d recommend getting in the studio as much as possible and pursuing extra-curriculum artistic pursuits that will no doubt impress your tutors. An art degree isn’t necessarily the safest degree to lead you into a job – so you might as well come out of it with some interesting things on your CV. 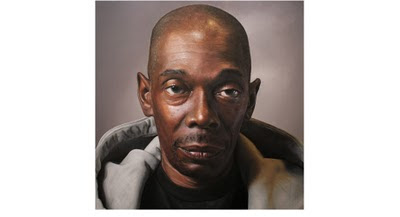 Which artists inspire you?
Some of my favourite painters are: Edward Hopper, Jenny Saville, Francis Bacon, Damien Loeb. Other artists: Gregory Crewdson, Damien Hirst, Philip-Lorca diCorcia, Chris Ware, Frank Warren. I’ve been reading Damien Hirst’s biography and how he was a telesales person and in that time he learned persuasive techniques, like getting delivery men to bring a shark to his home. I also like his use of cinematic light while he paints. With other artists like Jenny Saville I admire her colour use in paints.

I think you can get inspiration from everywhere. Music videos, films, they all influence in different ways.

How the heck did you come up with the concept of collaborating with twelve bands and solo artists to create a series of paintings with an accompanying original soundtrack? Was it a spark of inspiration or a process?
Throughout university I started trying to make my work look and feel ‘cinematic’, I started to paint ‘widescreen’ canvases that depicted frozen scenes as though they were from a wider story. As an intro page to my website I created a montage of my paintings set to music as a snazzy animation to launch the site. I was really pleased with how it turned out, I liked the combination of the visuals and the audio - they complemented each other and created something new. This led to the idea of creating a number of paintings based on one narrative that had a soundtrack to it – I eventually thought that if the music was original to the project it would add another dimension, so I started to approach unsigned bands to see if they were interested and got a really positive response. 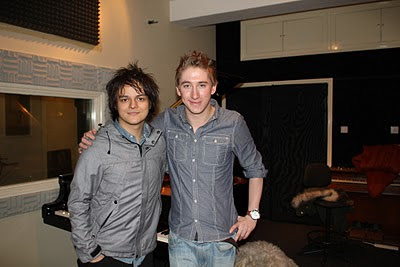 And from there, P&O snapped you up?
During the period towards completing the ‘Almost There’ paintings I began to promote the exhibition and the work quite heavily, via the internet and print media etc. A London agent called Tempest Radford who were managing the art for a new P&O Cruise Liner came across my work and asked if I’d be interested in being commissioned by them to create original artwork for the new ship. It seemed a great opportunity to have my work seen by a huge amount of people, visit New York and fund future art projects.

Future art projects like musician portraits where you’ve painted people like Mark Ronson, Jamie Callum and Paloma Faith. Tell me more about these brilliant portraits
After a year of painting really large New York city scenes for P&O, I wanted to start a project that would involve a lot of smaller paintings. I’d been thinking about doing a series of portraits for a while and came up with the idea of doing well-known subjects. I toyed with the idea of authors, comedians or actors, but settled on the musicians – mainly because I’m a huge music fan and musicians seemed to offer the most potential for interesting portraits. I’m aiming to do around 20 to 30 and put it on a big exhibition by the end of this year. 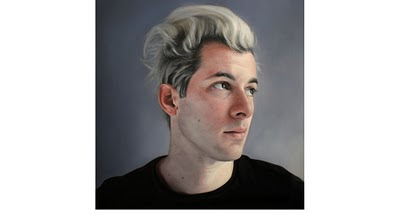 How did you get in contact with all of these celebs?
This is purely through the art of googling and a polite email. I included examples of my past work and just ask for a short amount of time to meet up and take photographs to work from. Asking them to sit for the whole painting just isn’t realistic – getting half an hour for photographs can be difficult enough. Getting in touch with the musicians and convincing them to be involved is half the battle and is a big part of this project. 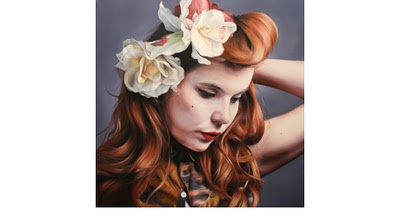 I read an excellent quote on Twitter recently that said: “Art without a message is just decoration”. So what do you think the message is you’re conveying with your art?
Hopefully it means different things to different people. Before the musician portraits, my paintings were all deliberately ambiguous, and implied that something had happened before or after the moment shown – inviting the viewer to imagine a narrative.

What is the unique feature of a Joe Simpson painting?
I’m not sure I’m the best person to ask! I just try and paint things that I find fascinating in a way that I think looks appealing and draw influence from the things I’m interested in. Obviously that comes out in a certain style, I’m not sure it’s unique – but I hope it is.

What advice would you give to a budding portrait or figurative artist?
I think just keep at it, learn by painting and don’t be afraid to self promote and put your work out there as much as possible.

What beckons for the rest of the year?
I still have a lot of work left to do on the Musician Portraits, about another 10 paintings. Then I’ll be concentrating on trying to launch it, which will mean finding a venue, promoting it etc. This will probably take me to the end of the year, and I haven’t planned any further than that!

Popular posts from this blog

Ways to improve at running

March 21, 2021
Dorothea OLDANI on Unsplash So spring has finally sprung officially in the UK, still in lockdown in England but you can still exercise, and one of the main ones for me at the moment is running. I'm still learning as I go but I feel I'm gradually getting better, here are some tips that are helping me: Doing a warm up I confess, for years I would be haphazard with stretching before I started running and that probably hampered my progress in retrospect, because my muscles wouldn't be warmed up and prepped to go - and muscle memory not geared up for taking larger strides while I ran. This YouTube video from Ben Parkes explains it well.    Taking larger strides When I look back to the way I used to run in the early days, it feels like I was probably doing the equivalent of shuffles. I definitely feel a bit more free when I run/jog, taking larger strides helps the run go quicker and produces an easier run. Being light on your feet Just as taking larger strides has helped so has
Post a Comment
Let's read more...>

July 10, 2021
We're 'well well' into the seventh month of the year - I hope you are slowly and surely making your dreams come true in 2021. A quick thought: Let who you are be a reflection of what you want to happen in your life.
Post a Comment
Let's read more...>